Glenwood Park is a small preserve in Batavia with a special focus on the river and the trail, just below an old broken dam, which creates a series of rapids and riffles. Below the dam are several wooded, flood plain islands, which are part of the preserve; fishing here is great!

Glenwood Park is on the east bank of the Fox River and on both sides are outcroppings of the Niageran Dolomite bedrock, which adds a special picturesque charm to the landscape. The preserve is partly wooded with some nice specimens of White and Chinkapin Oak and has a nice creek entering the river on the site. These are companion units with trails on both sides and the juncture of the east - west Prairie path.

Glenwood Park is located on Route 25, south of Wilson Street in Batavia. It is a choice spot, bordered on the east by a portion of the Prairie Path and Route 25, on the west by the river, and on the south by an Aurora park. 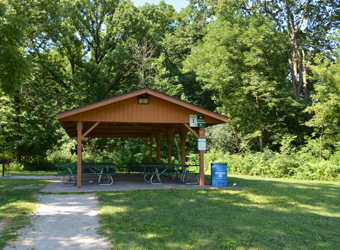 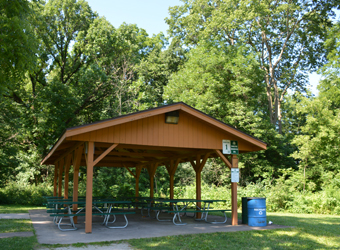